L.A. Controller Ron Galperin releases the Comprehensive Annual Comprehensive Financial Report (ACFR) each January to provide a complete picture of the City’s finances. This page contains the Popular Annual Financial Report (PAFR), a summary of the ACFR that presents the information in a more accessible format, along with charts and graphs measuring how the City serves residents.

Each bar below contains a section of the PAFR. Click on any to expand and read the full text of the section. Click again to collapse. 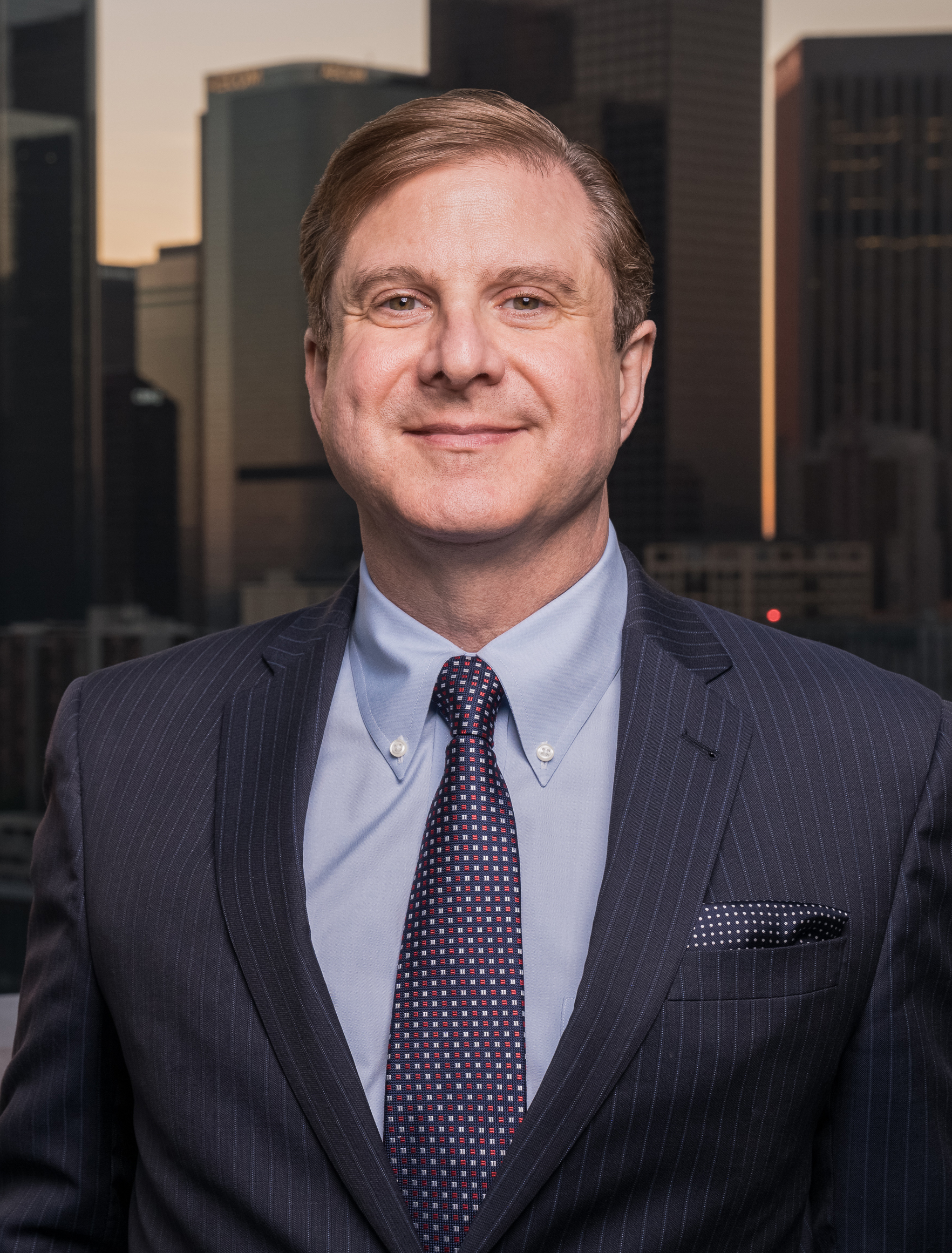 As City Controller, I serve as chief auditor, accountant and watchdog over the City’s finances and operations. Each year, my office produces the Annual Comprehensive Financial Report (ACFR), which gives a complete financial picture of the City, including revenues, expenditures, assets and liabilities. The ACFR, along with the City’s Annual Budget and the City Administrative Officer’s financial status reports, is fundamental to understanding the City’s financial opportunities and challenges. On this page is the more accessible version of the report, the Popular Annual Financial Report (PAFR), which presents the data in an easier-to-read format so that everyone can understand the finances of the City.

Here’s a snapshot of the City’s finances for fiscal year 2021:

The report also features charts with data that measures the performance of City departments. These help elucidate how well the City is using its finances to serve the public year over year.

Our goals are to educate Angelenos on the finances of the City by being as transparent as possible and empower them to be better advocates for their communities. Please read through this report and let us know how we’re doing: controller.mejia@lacity.org or on Facebook or Twitter.

The City and its surrounding metropolitan region feature incredible diversity in both population and the economy. Tourism and hospitality, professional and business services, international trade, entertainment production, and wholesale trade and logistics all contribute significantly to local employment. The Port of Los Angeles handles the largest volume of containerized cargo of all U.S. ports and ranks as number one in cargo value for U.S. waterborne foreign traffic. Los Angeles International Airport (LAX) was the fifth busiest airport in the world as measured by revenue of enplaned passengers in calendar year 2020, and was 13th in the world in air cargo tonnage according to Airports Council International statistics, in calendar year 2019.

At the beginning of fiscal year 2021, stay at home orders and travel restrictions established at the onset of the COVID-19 pandemic were still in place and Los Angeles was experiencing the negative impacts of the recession, including unemployment of almost 20 percent. As the restrictions began to be lifted in late summer and early fall 2020, the economy began an uneven recovery. Some sectors, such as real estate, recovered their previous strength quickly. Other sectors, such as tourism and entertainment, have been much slower to recover and are still well short of pre-pandemic levels. Overall, unemployment in the City has dropped to a seasonally-adjusted 8.9 as of November 2021.

The City’s fiscal discussions were dominated by austerity, as much of the City’s reserves had been used to balance the fiscal year 2019-20 budget and revenues were anticipated to lag behind the already conservative budget estimates. Labor agreements were reopened, resulting in deferral of raises and other payments, as well as a separation incentive program, capital projects were delayed or cancelled, and a hard hiring freeze was implemented. In addition, facing a potential General Fund revenue shortfall of $600 million, proposals were made to utilize the rest of the City’s reserves and issue debt to be used as operating capital.

The passage of the federal American Rescue Plan Act in March 2021 significantly changed the fiscal outlook, as it included $1.28 billion in direct financial assistance to the City, with half to be received in FY 21 and half to be received the following year. This funding filled the revenue gap and eliminated the need to empty reserves and issue debt to balance the books. By the end of the fiscal year, the combination of federal funding and moderate improvement in revenues left the City in a strong position to face the uncertainty of the continuing pandemic.

Looking forward, while the City is currently in a strong fiscal position, significant challenges lie ahead. The almost $2 billion in one-time revenue from the federal government will be gone by the end of FY 22, and the City faces difficult decisions on how to continue the programming those funds made possible while simultaneously facing renewed labor negotiations and rising inflation.

The City has 46 departments, bureaus, commissions and offices, 39 of which have their operating funds annually budgeted by the City Council. The Department of Water and Power, Harbor Department, and the Department of Airports are publicly-owned entities under the control of boards appointed by the Mayor and confirmed by the City Council. Several other departments are fiscally independent or under the control of independent boards.

Public services provided by the City include police, fire and paramedics, residential refuse collection and disposal, wastewater collection and treatment, street maintenance and traffic management, enforcement of building safety laws, libraries, recreation and parks, community development, housing and services for seniors, planning; two airports, harbor, power and water services, and the convention center. Performance data on some of these services is collected below in the “City Activities” section.

Total revenues of governmental activities were $9.3 billion, while total expenses were $9.5 billion. Of the $9.5 billion total expenses, 54% was funded by taxes and other general revenues, and the remaining 46.0% was funded by program revenues and available net position. Program revenues are resources obtained from parties outside of the City and charges for services between the governmental and business-type activities.

Total expenses increased by $800 million or 9.2% above FY 20. Increased expenses were due to increased pension and OPEB costs of $352.6 million, additional liability claims expenses of $269.2 million, and a contracts, equipment, and supplies increase of $243.9 million, offset by a combined decrease in salaries, human resources benefits, and interest expense of $65.3 million.

Of the $31.9 billion long-term bonds and notes payable, $642.0 million were General Obligation bonds.

Assets represent what the City owns:

Liabilities represent what the City owes:

The net position of $25.1 billion consisted of:

The City’s net position is illustrated in the table below. Click to toggle between years.

The General Fund is the general operating fund of the City and includes transactions of the Reserve Fund and other accounts that have General Fund type activity for generally accepted accounting principles reporting purposes.

Property taxes, which represent 42.4% of General Fund revenue, increased by $187.9 million (8.5%), primarily due to growth in current secured property tax receipts of $86.3 million.

Economy-sensitive revenues showed mixed results, reflecting the uneven recovery from the shutdowns at the beginning of the fiscal year. Sales tax increased by $25.9 million (4.8%) while business tax grew by $18.5 million (2.8%) due to growth in recreational cannabis retail activity more than making up for reductions in other categories of receipts in calendar year 2020.

Other tax revenues fell by $98.7 million or 15.9%, primarily due to the continued collapse of Transient Occupancy Tax and Parking Users Tax receipts due to stay at home orders and travel restrictions associated with the pandemic, partially offset by record growth in Documentary Transfer Tax.

Licenses and permits revenues decreased by $5.6 million (16%), reflecting closures and cancellations associated with the pandemic.

Net investment earnings decreased by $105.2 million (106.0%), due to lower account balances and decreases in the fair market value of investments.

Salaries and Benefits decreased by $96.7 million (2.8%), due to labor concessions and deferrals and a hiring freeze in response to the pandemic.

Capital outlays decreased by $25.1 million (46.2%), as projects were canceled or deferred due to the pandemic.

Expenditures for contractual services, operating equipment, and supplies went up by $53.6 million (4.4%), as purchases of testing kits and personal protective equipment in FY 20 were funded by other sources in 2021.

The interactive chart below contains years of performance data about specific activities that impact residents. Use the pull-down menu to see the data for a particular City department.