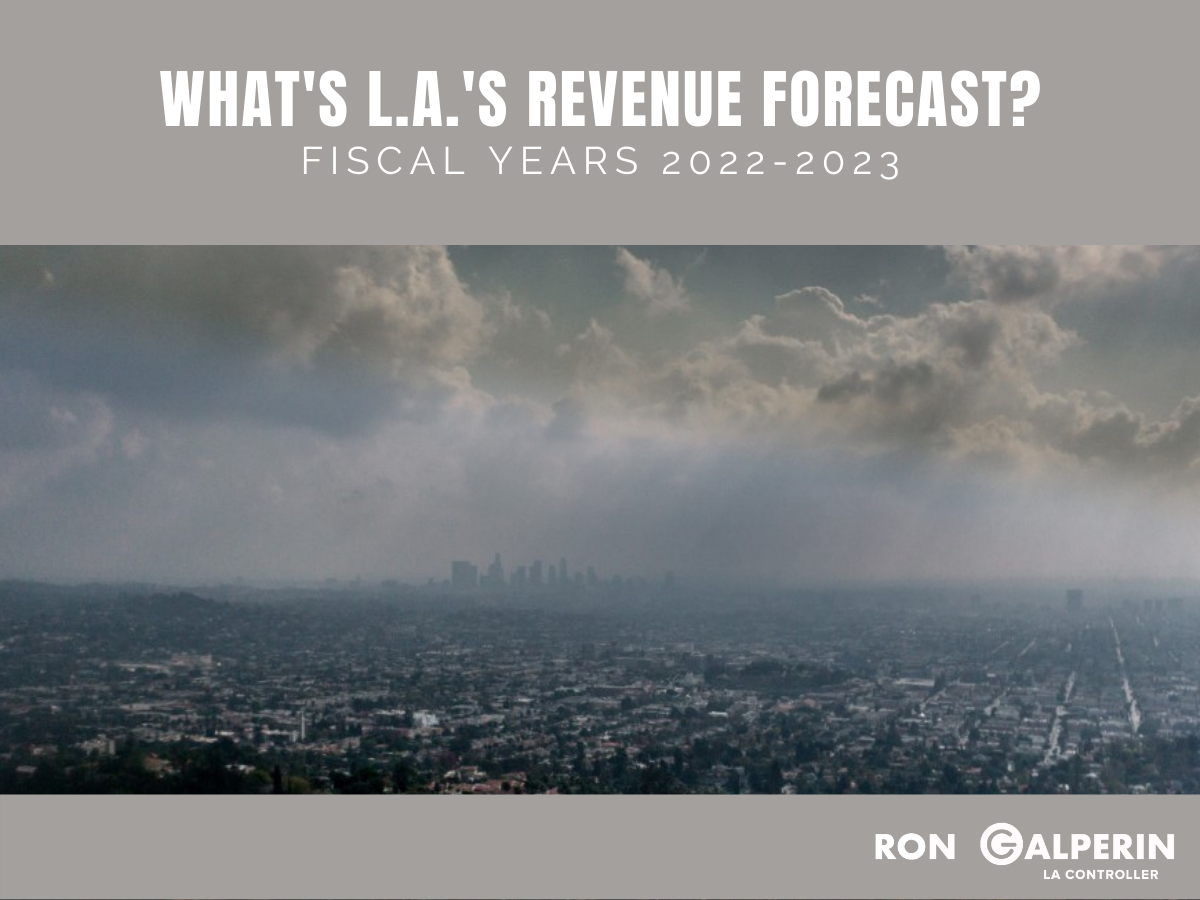 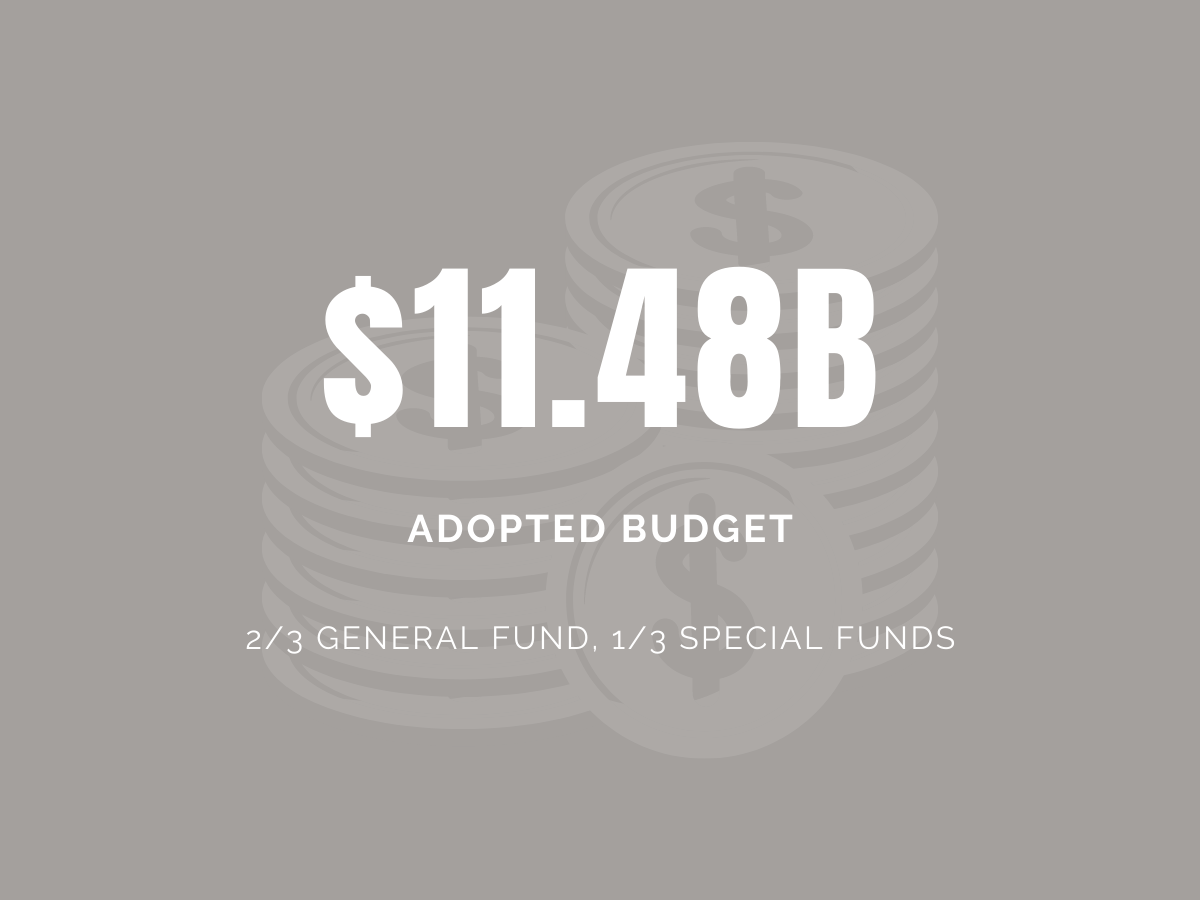 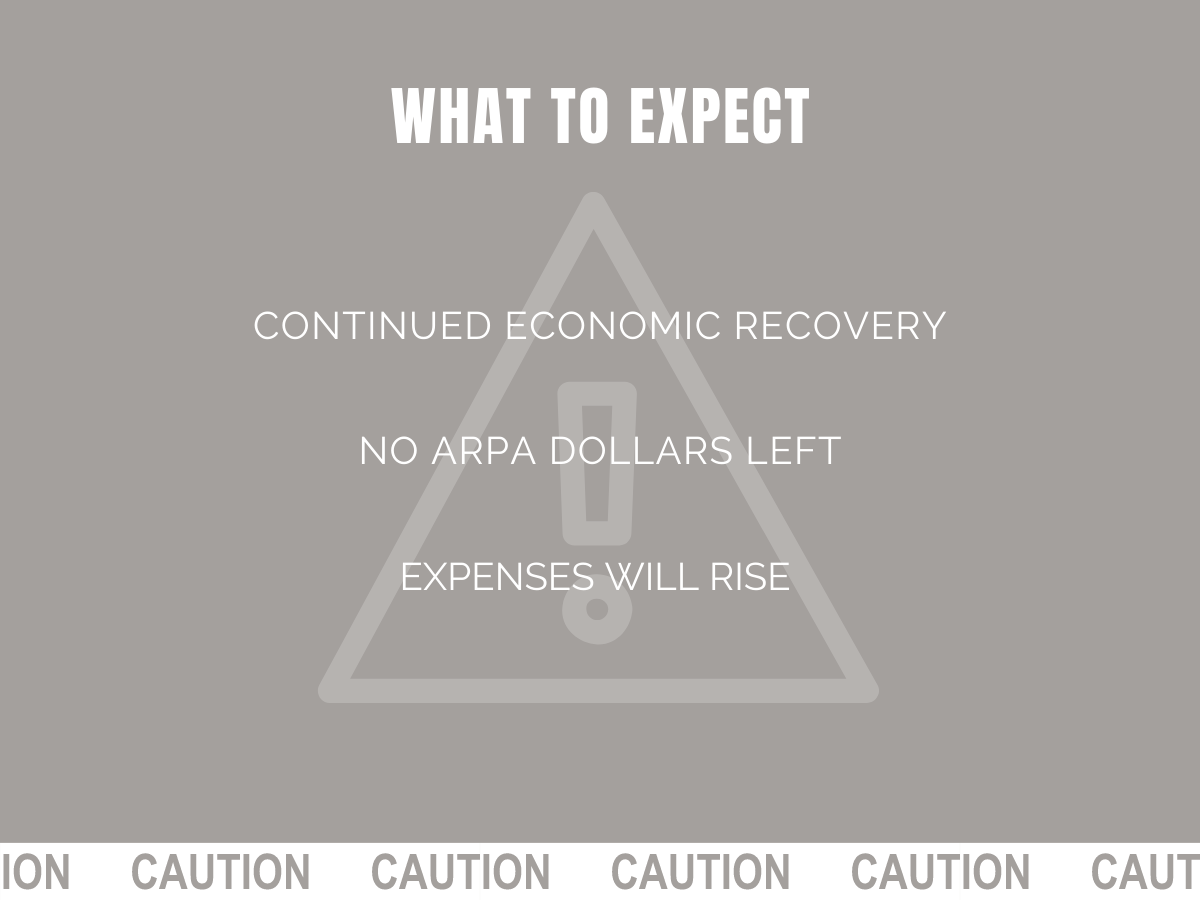 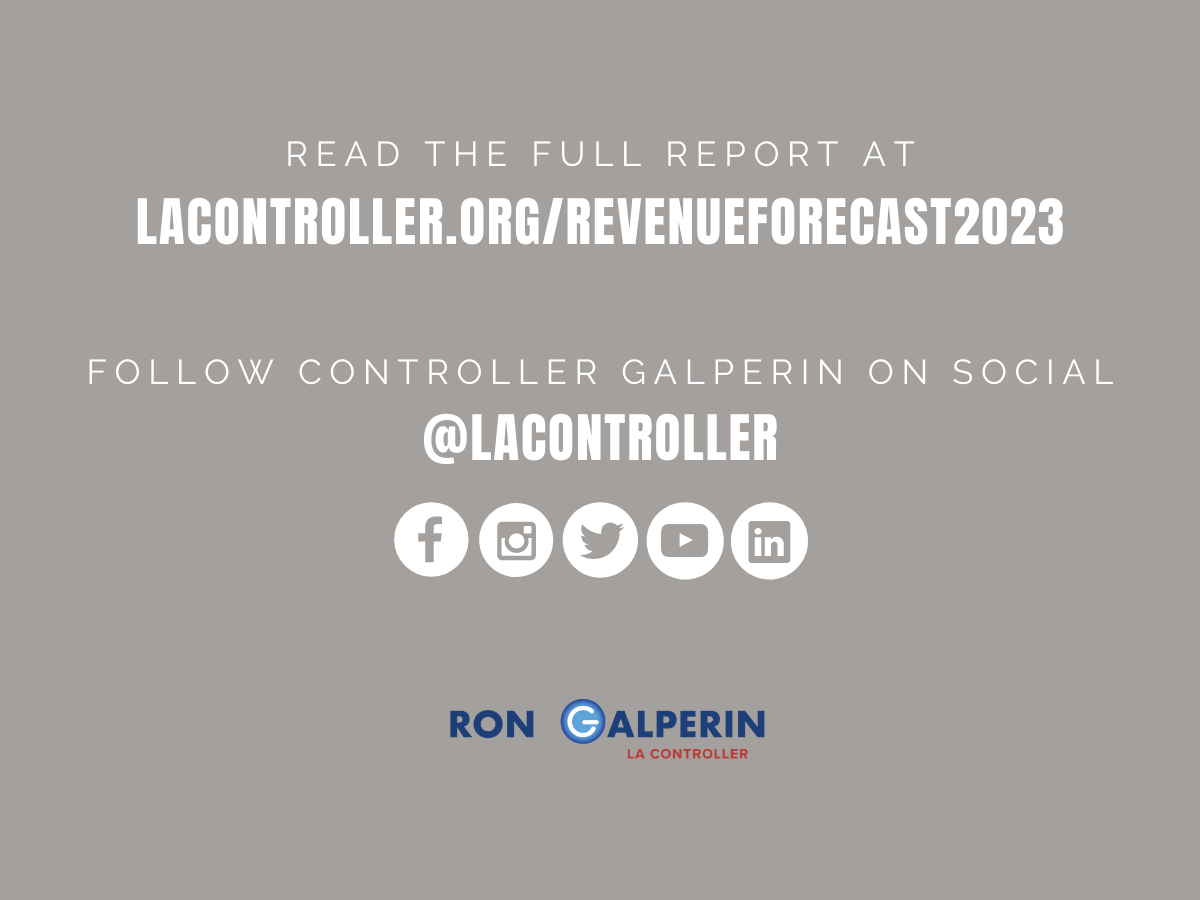 The Revenue Forecast Report covers updated revenue estimates for the remainder of the current fiscal year — ending June 30, 2022 — and projections for fiscal year 2023. Although forecasts inherently involve uncertainty, this report offers estimates based on the available information and seeks to promote responsible budgeting in the year ahead. Also included in the report are the estimated requirements for debt service and General Fund cash flow borrowing.

Use the dashboard below to explore actual receipts for last year, FY 21, projected revenues and their sources for FY 22 and 23, and compare last year’s revenues to the estimates for this and next fiscal year.

While the economy is continuing to recover from the ongoing public health crisis, my office is cautiously optimistic that the direct economic impacts of the pandemic — business closures, event cancellations and travel restrictions — will be largely absent in FY 23. Although it is possible that anti-inflation actions by the Federal Reserve could influence revenues to some degree, any economic slowdown would likely impact FY 24 revenues more than FY 23.

General Fund receipts for FY 23 are projected to be $7.09 billion, which is 6.1% less than the current year estimates and 5.6% under the budgeted amount. This drop will be attributable to the loss of one-time American Rescue Plan Act (ARPA) funds, which will all be received by the City this year, FY 22. However, adjusting for this inevitability, General Fund revenue growth will be approximately 3.9%.

This chart breaks down total City revenues in all categories (General Fund and special funds) from 2011 to 2021, along with revenue projections for this fiscal year and the next. Filter by category or by name of revenue source.

Although the economy should continue to bounce back, the loss of ARPA funds spells trouble for next fiscal year’s budget. This concern is compounded by the fact that the extraordinary growth in transient occupancy, parking occupancy, sales and documentary transfer tax receipts will likely stabilize in the coming fiscal year, while property and business tax growth will remain moderate at around 4%.

Expenses are also on track to increase considerably next fiscal year. The hundreds of millions of dollars in one-time ARPA funding used to create homelessness and equity programs will not be available, leaving questions as to where the money will come from to continue them. And nearly all City employees will receive a cost of living salary increase in July 2022 that was deferred in the worst days of the pandemic. New collective bargaining agreements will be negotiated next fiscal year as well.

Based on these factors, among others, the Controller’s Office urges the City to refrain from adding any new, unaffordable expenditures in the coming budget as the money simply will not be there to do so. Additionally, the City should not contemplate using Reserve Fund dollars to pay for non-emergency expenditures. While Los Angeles justifiably tapped into these funds during the pandemic, the City must now stay focused on maintaining its reserves so they remain ready to assist in times of crisis.

The estimated debt service requirement for FY 22-23 on the City’s long term debt is $551.2 million, which is $21.4 million less than FY 21-22 due to refunding of certain Municipal Improvement Corporation of Los Angeles (MICLA) and General Obligation Bonds. A total of $114.7 million of this sum is for principal and interest payments on the City’s $739 million in outstanding General Obligation Bonds. The remaining debt service covers the MICLA, the Wastewater and Solid Waste Resources Programs and Site-Specific Tax Revenue Debt.

In total, debt service is projected to be 4.17% of projected FY 22-23 General Fund receipts, well under the 15% limit set by the City’s debt policy.