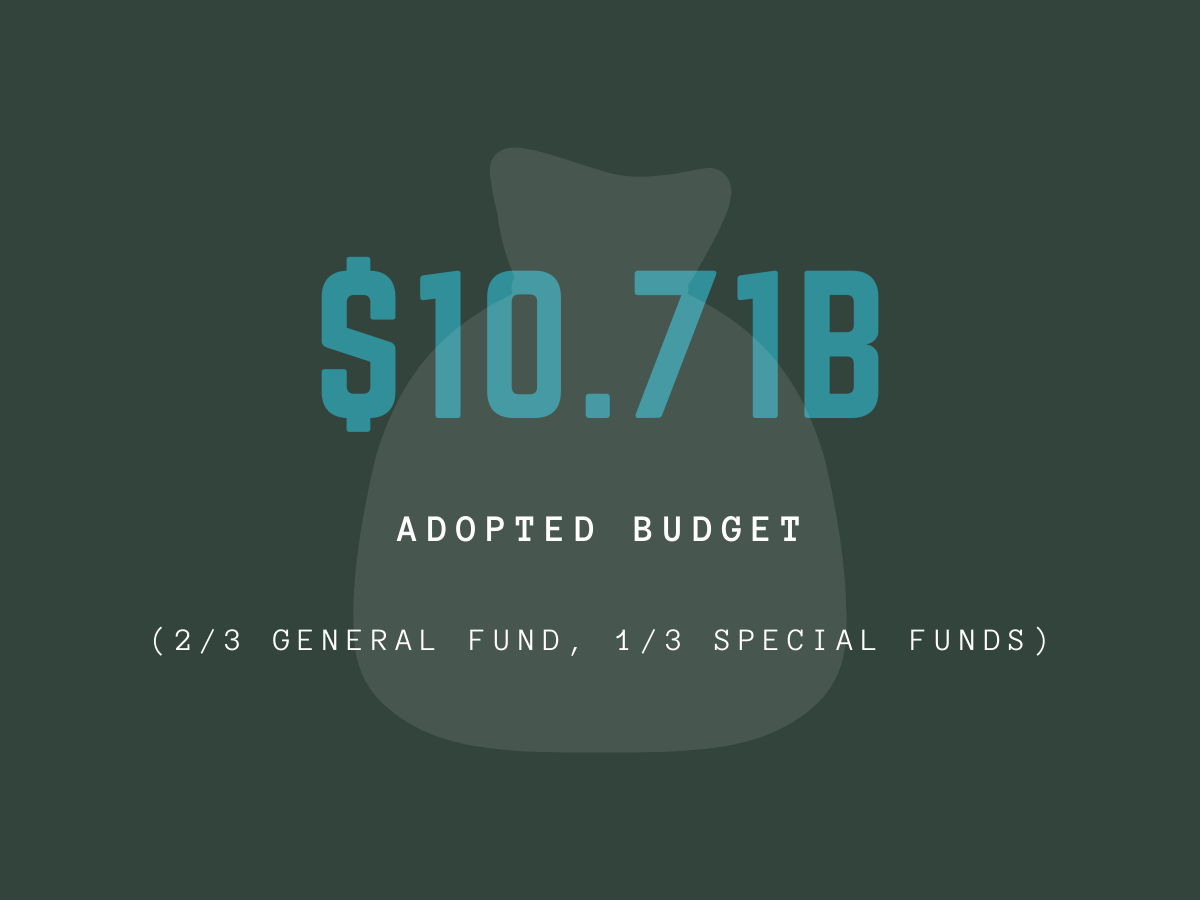 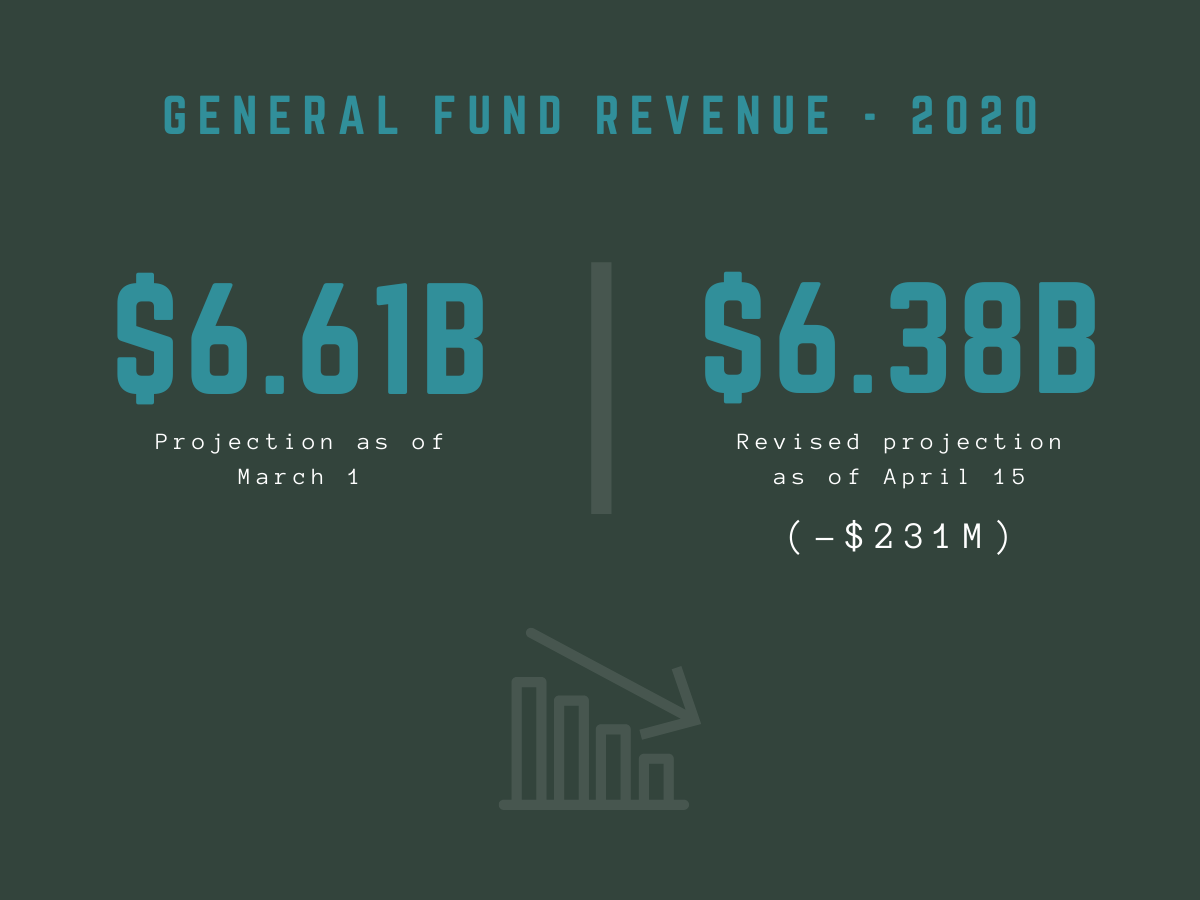 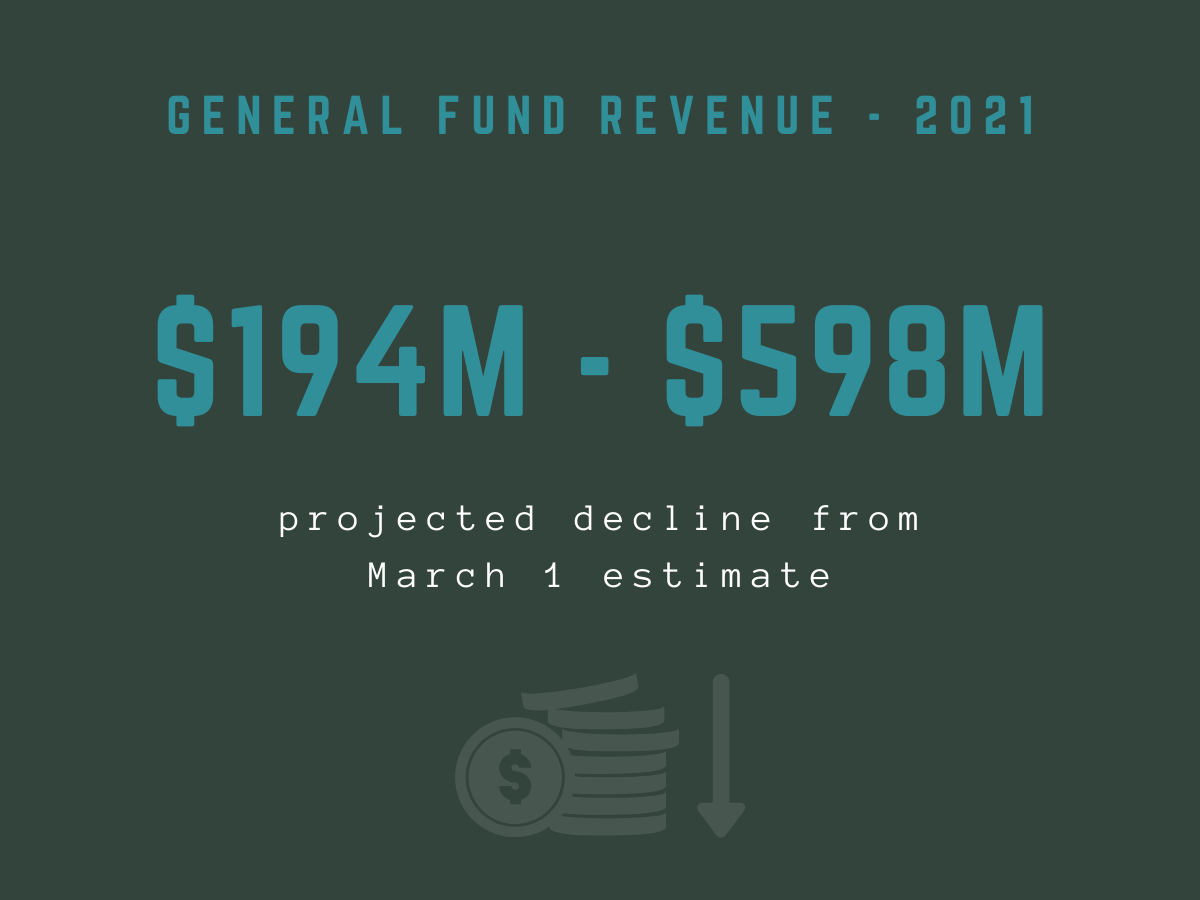 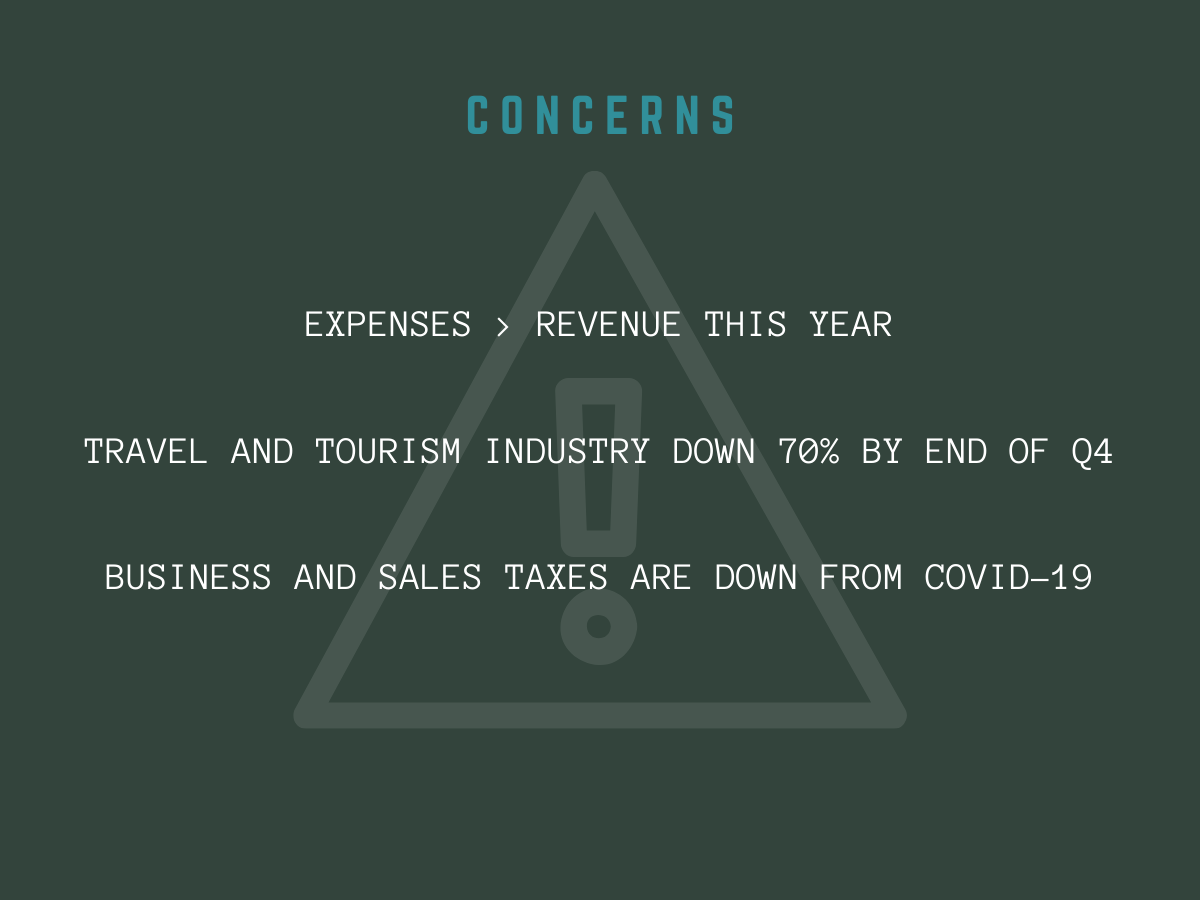 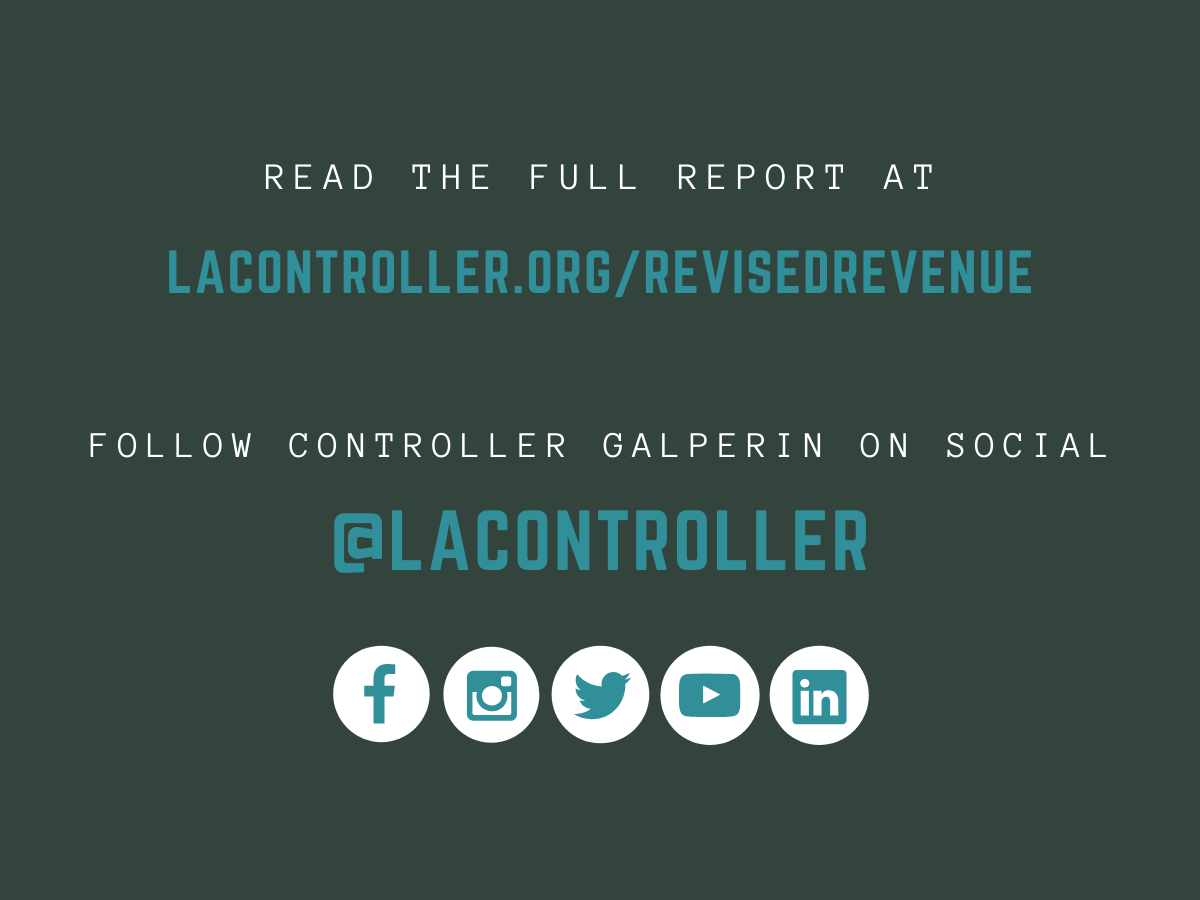 Last month, my office submitted a Revenue Forecast report, which included revenue estimates for the remainder of the current fiscal year — ending June 30, 2020 — and projections for fiscal year 2021. At the time, we projected healthy revenue growth, but warned that unanticipated economic stress resulting from concerns about the coronavirus, along with rising employee-related expenses, could erase that growth quickly.

Since then, the coronavirus has become a full-blown pandemic that has not just put stress on our local economy, but turned life across the United States — and the globe — upside down. Its impact has slowed the entire U.S. financial system; key industries, like travel and hospitality, have virtually come to a stop, leading noted economists to opine that we have already entered a deep and prolonged recession or worse. More than 17 million Americans filed for unemployment in just a four-week period as millions of businesses, both large and small, have closed their doors in an attempt to slow the spread of COVID-19. Federal Reserve Chair Jerome Powell said last week that the U.S. economy is in an emergency and deteriorating “with alarming speed.”

Our first priority as City officials is to protect and preserve the health and safety of Los Angeles residents, something that we have all taken great pains to do. As City Controller, it is also my responsibility to monitor the state of the City’s finances and to update you and all Angelenos on any changes to the wellbeing of our public coffers. My hope is that these revised numbers will promote sober and responsible budget deliberations for the coming fiscal year.

My office has revised the current fiscal year’s General Fund revenue estimate downward by $231 million due to fallout from the coronavirus. This represents a 3.54 percent decrease from our previous March 1 estimate and well below the amount budgeted for the year. For fiscal year 2021, we now estimate a decline in projected General Fund revenues of between $194 million and $598 million, depending on the length of the current shutdown and the speed at which the economy begins to recover.

The largest sources of the decrease this fiscal year are Transient Occupancy Tax (TOT) and Licenses, Permits, Fees and Fines (LPFF), which together are reduced by $110 million, as the travel and tourism industry has fallen by more than 70 percent and City office operations have been largely closed during the crisis. Revenues reflecting economic activity, such as Business Tax and Sales Tax, also are projected lower, but not to the same degree because both are lagging indicators that will be impacted much more heavily in the coming year. Economic forecasts show only a slight decline in the amount of Property Taxes, although this revenue may drop more sharply in future years if the recession extends through the end of the calendar year and home sales and values decrease.

My office is now presenting revenue projections for fiscal year 2021 as a range of possibilities with higher, middle and lower values attributed to each revenue stream. We are using ranges because the economic situation is uncertain and could remain so for months. It is unclear exactly when and how our economy will rebound and return to a state of normalcy. All estimates depend on what happens in the future — the higher values should not be considered a “best case” scenario and the lower values should not be considered a “worst case” scenario — these simply reflect estimates based on varying assumptions of the severity of the recession.

We currently project that General Fund receipts in 2021 will come in somewhere within the range of $6.22 billion and $6.62 billion, between $194 million and $598 million less than the $6.82 billion originally projected.

Unless travel and business activity rebounds considerably, we will experience another slow year for TOT and significant drops in Business Tax, Sales Tax, and Parking Tax — roughly similar to what was experienced during the Great Recession from 2008 to 2010. Business Tax receipts will likely drop between eight and 12 percent, bringing in $55 million to $85 million less than projected. If any “tax holidays” are implemented, the actual receipts will be even lower.

The revenue outlook for Los Angeles is much darker than it was even a month ago, but it is not unique to our municipality. Cities and towns throughout California and the world are facing similar financial struggles — some much worse than ours as Los Angeles has diverse revenue streams and a healthy Reserve Fund balance.

For our great City, reductions in projected General Fund receipts will strain the ability to provide high quality services and necessitate difficult budgeting decisions next fiscal year and, potentially, for the foreseeable future. While protecting the welfare of Angelenos must always be our primary concern, it is also essential to ensure the City is fiscally responsible and secure.

Read the previous Revenue Forecast Report released at the beginning of March 2020.